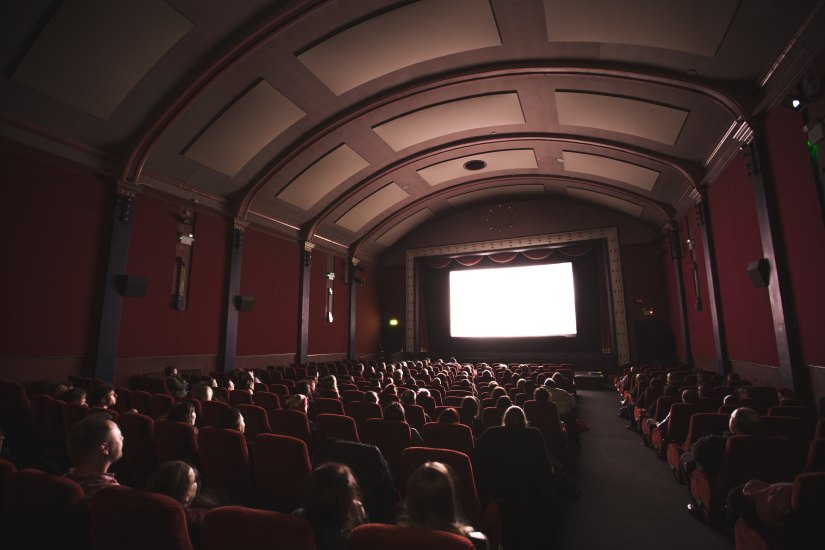 “Roma” is streaming on Netflix, so if you have an account this is the most accessible film to watch. Given that and the fact that “Roma” is tied with “The Favourite” for the most nominations this year, it goes in the see it pile. “Roma” is the only foreign-made film, and it’s one of the few that focuses on women’s stories. Check it out if you’re into films that require subtitles and are shot in black and white.

Throughout the film, “Green Book” raises serious questions about race and gender, but it only follows through with idealized answers. Instead of giving viewers nuanced and perhaps incomplete answers to the complexities of racism, it falls back on the easy trope that maybe if a black man and a white man can be friends, then the bigger problems of the world like systematic racism can be neatly placed in the “fixed” column. Green Book is a feel good movie, which is fine except given the current political climate, I believe viewers deserve more than a movie that eases white guilt under the backdrop of the 1960s, Christmas cheer and a departure from the Deep South. As far as Green Book is concerned, you’re better off just skipping it.

“BlacKkKlansman” is a powerful film. Set in Colorado in the 1970s, it follows Ron Stallworth (John David Washington), a black police officer, as he investigates the KKK. Adam Driver plays Flip Zimmerman, the Jewish police officer who meets with the KKK in person, while Ron talks to them on the phone. Adam Driver is nominated for Best Supporting Actor, and his performance is a key emotional tenet in the film. This film’s critique of racism and antisemitism both in the 1970s and now is harrowing but necessary to say the least.

Christian Bale and Amy Adams put on quite the performance as Dick and Lynne Cheney, and both are nominated for their performances. This movie is political satire, and it does not apologize for the stance it takes. If viewers are able to accept that, the movie becomes at once disturbing and determined.

This is the fourth remake of the original that came out in 1937, and I’m not fully sure why there have been so many of them. Lady Gaga and Bradley Cooper are both talented actors, but there was a disconnect for me about who this story was supposed to be about as viewers are torn between Bradley Cooper’s struggling character, Jackson, and the rising star Allie (Lady Gaga). Viewers are meant to believe their love story is what makes both their stories matter, but their behavior towards one another and their larger issues left me doubting their love. My advice is maybe not to spend money on seeing the film but definitely listen to the soundtrack, which is phenomenal.

If you haven’t already seen “Black Panther,” what have you been doing for the past year? The film set records as one of the top earning box office films of all time. It also received a lot of talk due to it being such a highly successful movie with an almost entirely black cast, which I think makes it one of the most culturally significant films in recent years. Even with all of this set aside, “Black Panther” deserves your time because at its core it is an exciting superhero movie.

“Bohemian Rhapsody” is a movie about a queer person made for straight people. While Rami Malek’s performance as Freddie Mercury was brilliant (and might just earn him an Oscar for Best Actor) and Queen will forever be one of the best bands of all time, it is impossible for me to give this film much other praise. “Bohemian Rhapsody” could have been a film about what it was like to be a successful queer musician, exploring the sadness and struggles that comes with it, sure, but also the joy and pride that viewers never got to see. Instead, the film falls into toxic tropes of painting all the straight people as good, and Freddie and his sexuality as the reason for the bands conflicts and his ultimate punishment, dying from AIDS complications. The movie picks and chooses how it tells Freddie’s story through a biased lens and by doing so it sends a dangerous message to straight and queer people alike about how queer stories deserve to be told.

“The Favourite”: See It

This is the only movie in the entire nomination list that from start to finish I felt like anything could happen, and, for me, that’s where the real joy came into play. This film is one of only two movies in the list that doesn’t shy away from putting women’s stories front and center, and it pays off. Set in Queen Anne’s court, it follows two women as they strive to keep and gain the queen’s favor by any means necessary. This is a queer film, but it is just as much a movie about politics and power. Funny at times and heartbreaking at others, it’s easy to say this one was “The Favourite” for me.

View all posts by infUSion magazine