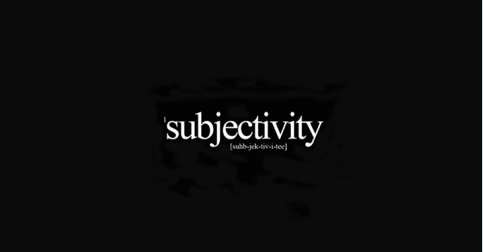 You sit beside your dining table, sip a coffee and open today’s newspaper lying in front of you. You read a title like this: “Intrepid protesters demonstrated against the unjust government policies.” You shake your head: “Terrible government! It must be doing something unfair or wrong! And good job, brave citizens!”

Wait. How can you make such a judgment only by reading a title with some adjectives? Are you making judgment by yourself, or just being influenced by those adjectives?

Let’s change the title. What if you see the one below as a newspaper headline? “Irrational citizens resisted the new reformatory government policies.”You may shake your head again: “How crazy those citizens are! They are short-sighted! The government must be processing something controversial but good in nature!”

Different words, same meaning, but you feel differently. You are influenced by the words used in journalistic writing. No matter how thoughtful and intelligent you are in your daily life, you are not thinking independently at that moment. The power that is affecting you is called “subjective journalism.”

To better understand subjective journalism, one should look at the advantages, common-used techniques and what one should do in the face of subjectivity in the journalism world.

Subjective journalism also allows journalists as participants to explore the news sources deeper. When journalists are forced by traditional objectivity journalism to be an outsider, a neutral narrator of a story, what they can see is just the superficial “who, what, when, where, how” rather than “why.” For example, when you are a child, to you adulthood means freedom—no studying and no parents’ instructions. However, only after you become an adult can you understand the reason behind the freedom: adults have to shoulder more responsibility such as earning money and caring for the family. You can only understand something after you experience it. Thus if journalists want to write in depth, they have to get involved in the news first. Subjective journalism, which encourages journalists as participants in a news source, provides journalists with a way to explore things deeper. When you are in the center of something, it is human nature to understand more about it.

According to an academic article written by Wahl-Jorgensen and Karin, quotations are the first common-used method for journalists to express their own opinions. When journalists decide which quotes to use and when to use them, they are trying to put their own feelings in the writing. For example, Sally, a journalist about to write a report titled “Should the City Have More Industries?” is actually an environmentalist. To write this article, she interviews a scientist who explains the advantages and disadvantages of both industrialization and environmental protection. However, rather than put the full quotations of the scientist, Sally may only use the quotations saying the disadvantages of industrialization, and thus the article will be one that urges people to take care of our environment and resist establishment of new factory. Since there is no direct persuasion from Sally, readers tend to believe that they are making decisions by themselves after evaluating words from people with expertise in that area. But they, in fact, are affected by the hidden subjective journalism.

Another way of expressing personal ideas is the usage of subjective words, especially adjectives that can indicate emotion. Such was the case in the example at the beginning of the article; one thinks differently about the words “intrepid” and “irrational,” or “unjust” and “reformatory.” Simple adjectives can influence people’s preconceptions towards news source easily and unconsciously. Because they have implicit meanings that can indicate positive or negative attitude towards the news source, adjectives have become a really effective method of subjective journalism.

What We Should Do

So what should readers do? Accept the reality and be influenced by journalism?

Most readers will answer “no” to that question. We are independent humans who should have the right to choose what we want to believe or disbelieve and what we want to advocate or oppose. That is why we have to learn and understand subjective journalism rather than refuse to know anything about it. After we understand how subjective journalism works, we will be able to determine what is the purely factually information and what might be personal indications from the journalists. We would not only be able discern the true situation, but we would also practice our critical thinking skills.

Subjective journalism is influential, but readers are still the gatekeeper of news. Just like journalist Ersun Warnke Salem said, “What value may be derived from my subjective perspective is ultimately up to the reader.”

View all posts by infUSion magazine